The final form of Scripture and the issue of readership 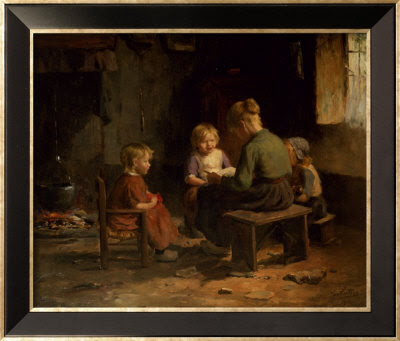 ... the concept of final form is closely connected with the issue of readership. An important corollary to the designation of a written corpus as Scripture is that these writings function as Scripture for someone. They have been ordered toward a present and future audience who receives its identity in some way from Israel's past story which is lost if a new story is reconstructed apart from the received narrative form. Thus to suggest that the major force involved in shaping Israel's prophetic history derives from readings retrojected as literary constructs runs in the face of the final form of Scripture which is eschatologically oriented toward the goal of instructing every future generation of Israel in the reality of God who continues to act on its behalf.

Thanks for these posts. As a bit of a 'numpty' in these matters I am finding them a helpful orientation. I am in the middle of a PhD on the God of Israel in Robert Jenson's theology. I see you have made reference to him at times and I would be most interested in any thoughts you have on his project. At the moment I'm trying to get to the nuts and bolts of his approach to the unity of Scripture. Cheers and all the best in your project.

Hi Andrew, your subject sounds fascinating! I'm afraid I'm really not much informed on Jenson. I first became interested in him because he seems to belong to the same kind of theological milieu I appreciate (Chris Seitz is into him), but I haven't really had time to engage with him. I own his systematic theology and intend to read him at some point.

Jenson on the unity of Scripture sounds interesting. My work has been on Childs. I hope we can have some fruitful dialogues at some point in the future!

I would like to chat more some time. I suppose I have come in the other direction - starting with Jenson and being led to those he has an affinity with - Seitz, Childs, Soulen etc.

Lecture 2 of the series Jenson did here in Dunedin (I'm at the University of Otago, in Dunedin, NZ) which you identified on Jason Garoncy's blog is pretty interesting. All the best with the Psalms!

I suppose one book we would both find interesting is Metaphysics and the God of Israel. I still intend to read it ...

Yes, I've got the book on my desk at the moment. I must confess I'm not completely sure what to make of it. It certainly has glowing reviews from Jenson, Childs etc. Clearly there is much to think about in terms of the integration of biblical studies and systematic theology. I think I am a little uneasy about the degree to which MacDonald construes God's self-determination in relation to His economic activity in created time and space. But, Jenson once said he always felt wary when he thought he should go 'beyond Barth,' because he was afraid he had missed something! Perhaps I have missed quite a bit. However his insistence that the identity of the God of Israel (& Jesus) are essential for systematic theology is central to my thesis on Jenson. He has made me think about Jenson's possible indebtedness to von Rad a little more. So ... I think I need to read the book more closely. Let me know if you get around to reading it - my e-mail is:
charissa_andrew@yahoo.co.uk
Cheers

I haven't even ordered yet (I'm going to try and get a review copy). The main thing holding me up is the fact that my doctorate consists of two parts, theoretical and practical. I have (theoretically) now completed the theoretical part and really need to get on with some actual exegesis, which is why I keep postponing reading the book. I will get back to it at some point, as it is essential reading. Part of it is that I think the psalm I'm reading, Ps 24, poses something of a metaphysical quandary: how is it that God is standing outside his own temple alongside his people, about to enter it with them? Why do the people want to enter the temple if God is with them already outside? What is in the temple so that both humanity and God wish to enter it (or at least humanity with God as the key). I think it has something to do with creation and Jenson's metaphysics, which he touched on in his article in this book (note the creation theme in the first strophe, vv. 1-2).

I have to confess, I found Jenson's article very difficult and feel out of my depth here (is "metaphysical quandary" even the right term?). I've never studied theology, so it is ironic that my OT doctorate has taken me in this direction. But that's what happens if you want to take Childs' approach seriously and I've profited from the challenge! Hopefully, once I get to that stage of my exegesis - namely, the bit where I start reading the Psalm within the context of broader dogmatic claims and not just its literary, historical, or canonical context, I'll be able to interact on these issues more intelligently. I have Jenson's theology and hope to work through it at some point.

(I find the idea that Jenson is dependent on von Rad, by the way, fascinating! From what I've read, von Rad is a clear Barthian. I posted on this here).

You make some very interesting observations Phil. If its any comfort I find Jenson a bit mind blowing sometimes too! I'm writing about Jenson's influences at the moment and I think his time in Heidelberg in the late 50's was formative. Did you know he had von Rad and von Campenhausen in hid doctoral 'exam'! Cool huh. As well as the massive impression of studying about and with Barth, he also took much from Bultmann (especially the orientation to the future). Pannenberg had just started at Heidelberg as a young lecturer too, and Jenson attributes some of his emphasis on God's concrete presence in history to him. There is also Hegel, Heidegger (who he went to listen to) and his doctoral father Peter Brunner. As you can see, this makes for a rather heady cocktail in one who was still a young scholar. I realise that you are not quite at the right stage to have time for sustained interaction on Jenson et al, but I think your instincts are correct. Jenson has some very interesting things to say on the Shekinah, the Son as Israel etc.

I find Jenson a bit mind blowing sometimes too!

That is a comfort!

With von Rad and von Campenhausen as influences, it's no wonder that he identifies with Childs and Seitz!

Jenson has some very interesting things to say on the Shekinah, the Son as Israel etc

If you could point me in the right direction for reading I'd be grateful ... I have limited time and need to get through this as quick as possible.

I look forward to future sustained interaction .. at some point .

I will e-mail you some stuff and let you know if I come across anything that might be helpful. Cheers