יִשָּׂא in Ps 24:5 as indicative of consequence: Waltke and O'Connor's take 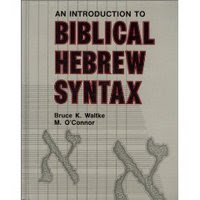 I've been posting on whether יִשָּׂא in Ps 24:5 is an indicative or a jussive. I've just discovered that Waltke and O'Connor discuss this very verb. I here copy and paste the relevant section from my Logos copy (purchased yesterday!):
31.6.2 Future Time
a The prefix conjugation is used to represent a real situation which arises as a consequence of some other situation. Whereas the suffix conjugation may dramatically represent a future situation as an accidental event, the prefix conjugation represents it as a logical consequence of some expressed or unexpressed situation. Though Michel overextends the concept of dependency to all uses of the prefix conjugation, he has plausibly suggested that substantiality in contrast to accidence is one of the differences between the conjugations.

The imperfectum…must designate an action which is not important in itself, but which stands in relationship to something else, and in this relationship has its meaning. In brief: it is dependent.﻿
﻿
This use overlaps with some of the modal nuances, which also involve dependency, especially those of capability, of obligation, and of deliberation.

1. כִּי בְּיוֹם אֲכָלְךָ מִמֶּנּוּ מוֹת תָּמוּת׃
…because when you eat of it you shall surely die.
Gen 2:17

2.עֹשֵׂה־אֵלֶּה לֹא יִמּוֹט לְעוֹלָם׃
He who does these things will (or, can) never be shaken.
Ps 15:5

3. וְלֹא נִשְׁבַּע לְמִרְמָה׃ יִשָּׂא בְרָכָה מֵאֵת יהוה
Who does not swear by what is false,﻿34﻿ he will (must) receive blessing from Yhwh.
Ps 24:4–5

4.גַּם כָּל־קֹוֶיךָ לֹא יֵבֹשׁוּ יֵבֹשׁוּ הַבּוֹגְדִים רֵיקָם׃
All who hope in you will (can) not be put to shame; they will (must) be put to shame who are vainly treacherous.
Ps 25:3