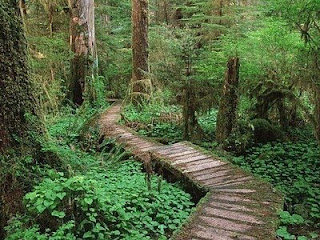 I have finally, after about three years of blogging, managed to finish my "mega thread", which I've re-christened: Theological Exegesis: Wrestling with Childs' Canonical Approach. It's been an exciting journey. The idea behind it started as an essay on methodology for my doctorate. I knew I wanted to do something both relevant to the world today as well as true to the nature of the Bible, but how? Given that Brevard Childs' "canonical approach" is generally considered to be a foundation for "theological exegesis," I thought I'd start with him and then move on to something more contemporary. I soon realized, however, that one cannot just "start" with Childs and then move on. The man was a phenomenon, and as with many phenomenons [somehow the -a ending doesn't work here ... ], he's been grossly misunderstood, both on the left and on the right. For those interested in a concise summary and defence of his approach in the face of much criticism and misrepresentation, I highly recommend Chris Seitz's excellent essay, "The Canonical Approach and Theological Interpretation," in Canon and Biblical Interpretation, 58-110. I also recommend getting hold of Daniel Driver's recently published PhD thesis: Brevard Childs, Biblical Theologian. Though I read the draft of this after I'd finished most of my work we are in strong agreement (which, I think, goes a long way to strengthen our thesis!). Driver has helped me in particular understand the meaning of "the mystery of Israel," as well as locate Childs in relation to Herman Gunkel's work. Especially valuable, of course, is his critique of the innumerable critiques that Childs' own work has received. I owe Driver a debt of gratitude for providing me throughout my research with essential reading tips and unpublished material by Childs. I think it's safe to say that without these tips and materials my understanding of Childs would look decisively different. So once again, Daniel: Thanks!
Back to the journey: I wrestled with the man, trying to find a deeper unity behind what others have considered to be a kind of schizophrenia, and that struggle ended up turning into the first half of my doctorate. The fruits of the first part of my struggle have been the subject matter of this thread, and can be read in slightly less processed form and obviously without the attendant dialogues online. A decidedly more "mature" version (so I'm told), drawing on the stuff I couldn't get into my first essay, will hopefully find its way into a journal in the near future.
A major impetus for continuing this line of enquiry came with a series of dialogues I had on Jim West's excellent on line Biblical Studies Forum with certain members of the "Copenhagen school" (they've now set up a guild with its own blog). It became clear to me that there was still much to be said on the subject and that I had a perspective I felt I was capable of defending. This provided me with the energy to do the unthinkable: set up a blog (!! outrageous for a cyberphobe like myself!!). And with hindsight that has been one of the best decisions I've made since ... I don't know ... learning to speed-type. I've been blessed to have had many commentators pop by to question, critique and challenge my view of things. I think it's fair to say that these dialogues have had and will have a significant impact on the way I finally draft up my final doctoral thesis.
In terms of my research I actually moved on to pastures new about a year ago, looking to apply Childs' approach (or rather my understanding of it) to Psalm 24. The switch has taken a bit of getting used to - rather than make broad statements about "the canonical process" or "the substance of Scripture," I've had to get down to the particulars of syntax, poetics, genre and particular ideology. It's a bit like descending from a mountain with its 360 degree views into the nitty-gritty of the jungle (as in the photo above). The switch explains the relative dearth in posting over the past few months. This stage of my journey is no less exciting, and I look forward to the time when I can feed the fruit of this work into my blog.
For now the contents of Narrative and Ontology will continue to wrestle with Childs, but from a different angle, one more relevant to my present concerns. Rather than talk about how one should read the Bible, I'm going to be presenting a host of examples of how Childs did read the Bible. The unifying concepts organizing my presentation will be those key concepts that I believe guided Childs' approach, namely attention to the profile of the vehicles of revelation, their form and fuction, and the nature of the reality itself that stands behind, within, and in front of them.
Outlining in more detail what that means will be the subject of my next post.
Posted by Phil Sumpter at 12:53

Hi Phil - your photo looks a bit like some of the rain forest trails on Vancouver Island near Tofino.

I look forward to continuing to read about your work (on an easier to read blog layout) - you are better at technology than the Biblical Minimalists - I tried that link and found only missing links.

Cheers Bob, I appreciate your support.

There are rainforests in Vancouver?