'Immanuel' in a Canonical Perspective 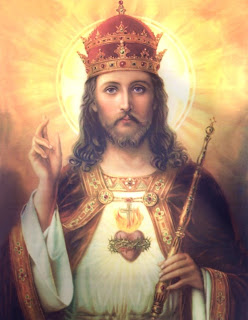 How can a canonical approach help us to understand the identity of Immanuel in Isaiah 7:14?

A canonical approach begins with the recognition of the diachronic depth dimension to the text. Nevertheless, the hermeneutical question turns on how this dimension relates synchronically to the text's final form. This entails not only identifying the various redactional layers, but looking at the quality of the relationship between them. Childs and Seitz, for example, argue that the canonical tradents faithfully interpreted earlier traditions and then shaped these traditions in such a way that they would broker that message within a broader historical and theological perspective (Seitz, 1993: 4). The original identity of Immanuel, for example, has frustrated historical critics: is he a son of Isaiah, a son of Ahaz, children in Jerusalem, a future messianic king? Even at the level of the final form read as a unity, the identity of this figure has remained mysterious. Nevertheless, later tradents of the ancient tradition, who themselves submitted to the 'coercion' of this word, have embedded clues to guide our interpretation of the figure's 'canonical identity'. This identity includes both a historical and an eschatological dimension. Thus within the broader literary context, both within this sub-unit (chs. 7-9) as well as across broader swathes (chs. 7-9 contrasted with 36-39), it would seem that Immanuel is initially identified with Hezekiah, the ideal king who's deeds enable the Lord to demonstrate what 'Immanu-el' (God-is-with-us) means. Yet the mysteriousness of the figure has not been fully eradicated in the final form. Interest in Hezekiah is theological, not nostalgic or memorializing. What Hezekiah is as king, how he conducts himself, becomes a type for later kings to follow. This is ensured by the conjunction of the royal Immanuel traditions with the vision of future messianic rule in ch. 11:1-9. The former has been reinterpreted by the latter - but no so severely that the original historical referent is lost.“What kingship shall become in Israel, and for the nations, it becomes with reference to the Immanuel child and the historical rule of Hezekiah. Out of that historical matrix a model for kingship emerges that is filled full in the person of Jesus ... .” (75).
Seitz sums up:

"... the messianic role that Jesus fulfills is not an eternal "type" with no earthly referent. The church confesses that out of the messiness of earthly government, specifically rooted in the house of David, God prepares a place for his son to rule as King. That Jesus explodes all mundane aspects of kingship is itself no unprecedented. Israel's own vision of kingship, and from time to time its own historical kings, prepared the church to see in Jesus a king like no other, yet like what Israel longed for and at times experienced a foretaste of in kings like Hezekiah." (73)

Hey Phil,
You have touched on the technicalities of the "multiple meanings" concept better than I could. Interesting topic.

I come from such a NT point of view that I am not always as concerned with the immediate context to the same degree as others might be. The discussion was an education for me. I guess that is the point.

Well, I'm glad this post could be of help. Feel free to critique whatever I write:)