The nature of Biblical prophecy? 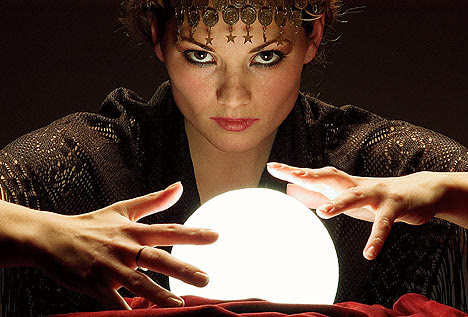 In his commentary on Isaiah, Childs notes the trouble chapter 46 has caused interpreters. The fall of Babylon through Cyrus in 539 did not follow historically the predictions of Isaiah. The great city was not levelled, nor were the Babylonian gods dishonored and replaced. A traditional response, which works on a theory of direct historical referentiality, claimed that the events must be directed to the later conquest by Xerxes. Redaction critics, on the other hand, attempt to isolate later literary levels that developed in an attempt to actualize the original prophecy, especially in the light of its failure to materialize as predicted.
Childs rejects both approaches and claims we need to do justice to "the unique nature of a prophetic proclamation" (361). But just what is this nature? I quote part of his answer below. It's dense and challenging. I'd appreciate feedback on his claims, either in the form of an explanation, a challenge or an affirmation of his point.

Biblical prophecy is not simply a description of a coming historical event made in advance, shortly to be visible to all. Rather, Isaianic prophecy interprets the effects of God's entrance into human history. It embraces a different dimension of reality, which only in part coheres with empirical history. The eschatological appeal of God's rule involves a vision of divine intervention that indeed enters human history, but is not exhausted by any one moment. The quality of God's salvific presence is not limited to one specific event in time and space, but embraces the whole of God's announced purpose for creation, which moves toward consummation. The nature of correspondence between word and event can only be measured in terms of this ongoing divine plan toward ultimate restoration of God's creation. Prophecy thus speaks of a quality of future event. It is not a clairvoyant projection of the events within the unredeemed experience of human history (362).

These comments should be compared to related ones by Jörg Jeremias. Check out too the article by Ronald Clements on the subject of prophecy and fulfillment. I hope to post on this at some point in more detail.

Update: See Wilhelm Vischer's take on the issue, which sounds close to Childs.
Posted by Phil Sumpter at 16:57

Usually I really enjoy Childs on prophetic literature. But here it sounds like he wants to have his cake and eat it too.

The idea of a trajectory towards eschatological salvation is all very fine and well--but I don't think you can wave this like a magic wand over prophecy to explain why certain events don't come to pass as expected.

I certainly don't think e.g. Ezekiel would use Childs' words to describe his idea of prophecy! Look at Ezek 26:1-14, then the updating of this prophecy in 29:17-20. Ezekiel flatly says that Nebuchadnezzar was unable to take Tyre. He doesn't appeal to "a different dimension of reality" or "consummation" to get around this fact.

Or take another example from Isaiah: Isa 16:13-14. Here we have an updating of an earlier prophecy. But I can't see the cash value of describing this as a "quality of future event" rather than "a clairvoyant projection of events."

I appreciate your response Michael. Sorry it's taken so long to get back ... I'm reading through an essay by Childs, "Prophecy and Fulfillment" (1958; available on ATLA) and a related one by R. Clements in order to figure out where Childs is coming from on this. I'll respond to you once I'm done ... (tonight?)

I just wrote on this a few days ago. It's in the right trajectory. Childs' quote is dense; I hope mine is a bit more understandable at first glance.

sorry about taking so long to get back. Since I posted this I read a bit more (Childs' "Prophecy and Fulfilment" and the important article "The Canonical Shape of the Prophetic Literature," as well as Clements' "Prophecy and Fulfilment."), though I'm still not sure about this passage. I don't think it's fair to say that Childs is waving a "magic wand" in order to reduce the contradiction. His response here is grounded in a particular understanding of prophecy in general, namely, that original oracles were collected and shaped in the light of a broader understanding of God's will. So, for example, in Isaiah 1-12 there is on the one hand consistent direct historical reference to Assyria and Babylon, on the other hand there is also a consistent "typologising tendency," which moves to see these concrete historical cities as ciphers for a more abstract theological point: evil itself. The final form of the text preserves  both dimensions, so that the the original message of the prophet is now understood within a broader context (which, Childs believes, stands in some sort of continuity with what went before). Childs' comments in my citation don't try to explain away a failed prophecy, they try to interpret what is written on its own terms. It would have been helpful for me to cite the entire section. He goes on to say, "The historical specificity of chapter 46 remains, ... . Moreover, there is a continuing attempt to highlight and intensify the kerygmatic content of the message in light of the whole. The fall of Bablyon in 539 is registered, but the object of human pride and arrogance represented by Babylon is also addressed, and this description far transcends the events surrounding sixth-century Babylon. The confessional affirmation of God's absolute and unique sovereignty, “I am Yahweh, there is no other,” is picked up from earlier chapters and continually extended as the measuring rod by which to describe what actually is unfolding according to the ways of God in the world.”

I think that for Childs the references to the destruction of Babylon are metaphors or images introduced in order to “intensify” what has happened, to portray it dramatically and more “truly” when seen from a broader theological horizon of God's ultimate plans. This is a characteristic of all prophecy; in his commentary he applies this approach across the board, whether the historically ostensive reference is fulfilled or not. He is ultiamtely not concerend with the happendness of concrete individual prophecies but with the effect of the whole.

This, of course, is made complicated for the historical critically minded, as the language is one of historical referentiality. I think Childs would say it just wasn't intended like that originally (I've not heard him ever mention that that a prophecy actually “failed.”) The question for me is whether this approach to prophecy is justified.

I'm afraid I can't comment on your reference to Ezekiel. I haven't studied the book. How do you deal with this theologically?

And concerning Isa 16:13-14. Childs makes a similar comment (though he makes no mention of updating ...): these verses are parter of a “larger pattern in which the roles of Assyria and Babylon are linked as part of a single divine purpose in revealing God's continuing sovereignty over the nations.” (133).

If you think I'm missing the point then do tell me!

thanks for the link. I will get back to you later. Time is short right now.