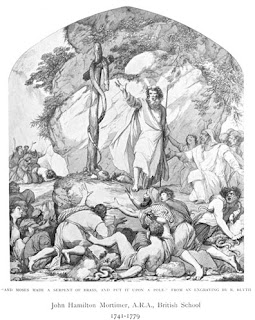 Following on from my Barth quote concerning the "unity of the manifold," another beautiful quote on the complex yet powerfully relevant question of figurative reading, biblical referentiality and the theological unity of the Christian scriptures, this time by E. Auerbach. This is an area that fascinates me most at the moment. For those interested in this topic, I highly recommend Hans Frei's brilliant opening chapter from his Eclipse of Biblical Narrative.

"Figural interpretation establishes a connection between two events or persons in such a way that the first signifies not only itself but also the second, while the second involves or fulfills the first. The two poles of a figure are separated in time, but both, being real events or persons, are within temporality. They are both contained in the flowing stream which is historical life, and only the comprehension, the intellectus spiritualis, of the interdependence is a spiritual act.

In this conception, an occurrence on earth signifies not only itself but at the same time another, which it predicts or confirms, without prejudice to the power of its concrete reality here and now. The connection between occurrences is not regarded as primarily a chronological or causal development but as a oneness within the divine plan, of which all occurrences are parts and reflections. Their direct earthly connection is of secondary imortance, and often their interpretation can altogether dispense with any knowledge of it."

I love that quote. I was just reading it in Mimesis.