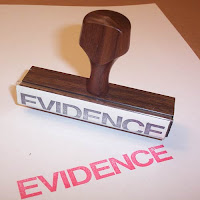 In his discussion of the miracles of the wilderness traditions in Exodus, Childs deals briefly with the question of the relationship of the witness within the canon to extra biblical evidence. His answer is frustratingly ambiguous, so I post it here to hear what others have to say on the matter:

There are two traditional approaches to this ... problem, both of which, in my judgement, are inadequate. The first is the 'supernaturalistic' viewpoint. According to this position the biblical witness is the normative, and therefore historically accurate, record of the event in accordance with which the extra-biblical evidence must be corrected and controlled. This position suffers in that it seeks to employ categories taken from outside the Bible, such as historicity, objectivity, and the like, and yet to retain without criticism the content of the canonical witness. It seeks to guarantee a reality testified to in the canon by means of dogmatic controls employed outside the area of faith. The second position, which is that of rationalism, represents the opposite extreme. It seeks to determine the truth of the biblical testimony on the basis of critical evaluation according to rational criteria, based on past human experience. It suffers from assuming that its criteria are adequate to test all reality, and it eliminates the basic theological issue by definition. In terms of the manna story, the supernaturalists claim that the exodus story is a historically accurate report of a unique miracle which is unrelated to any natural food of the desert. The rationalists conversely claim that the exodus story is an imaginary (or poetic) projection into the supernatural sphere of a natural phenomenon of the desert which can be fully described scientifically. [*]

Childs means "historicity" in the exhaustive sense of pure objective description. The authors of the Bible did not make the distinction we make between raw event and the significance of the event for the community. Both realities are collapsed into one. This has been amply documented. H. Diem discusses it in his dogmatics, Bornkamm analysed it in relation to the Last Supper, and I've just read Steins who looks at the entire Pentateuch.

So, when the biblical writers claimed that "something happened," they didn't necessarily mean that something happened exactly they way they portray it. They had the freedom to mix their presentation with theology, hence the differences between the gospels or the historical books in the OT.

I don't think this issue is as important as the others we have argued about, but it seems to me that the only real difference between the historical "standards" of the biblical writers (Halpern: "the first historians") and those of our own day is a matter of historiographical convention. In *their* day, it was perfectly acceptable to put fictional words in someone's mouth, if that accomplished the historian's task of relating the background and significance of a given event in as transparent and moving a way as possible. In other words, ancient historians were allowed (by convention) to turn history into a historical play (as if on a stage), but their point in writing that way was still to relate history through and through. I don't see how that universal feature of ancient history writing leaves room for the suggestion that we should look elsewhere (than the category of "historicity") for understanding what the biblical writers were doing. Yes, it's a history with a special significance, but so is just about *everyone's* history.

When the writer of Exodus relates a miracle, did he mean to say that it really happened? Of course he did! In other words, he was claiming its *historicity*--a concept that he would have understood completely. (When Greco-Roman writers doubt that such and such really happened, they tell us so. That is, they exercise a critical interest in historicity.) It seems to me that the only difference between the biblical writers' concern for historicity and ours is in the level of narrative detail to which we expect modern historians to pay attention to historicity. (Still we have our own corner-trimming conventions: If a historian says that Napoleon said such-and-such, we don't object that Napoleon didn't say it in English!)

If Childs is saying that whole episodes were invented to relate theology, and that they weren’t intended to be understood historically, I’d have to say that that’s as absurd as the minimalists’ contention that King David didn’t exist! (I admit that there may be some room for play with respect to books like Job and Jonah. It would be interesting to know just what the ancients thought of the historicity of those books.)

Like I said, this doesn't seem like a huge issue to me, but if it starts to look like Childs made this comment merely to clear space for his canonical approach, I will have to protest further.

In other words, ancient historians were allowed (by convention) to turn history into a historical play (as if on a stage), but their point in writing that way was still to relate history through and through.

If they invented words and placed them in the actors mouth, then how is that "relating history through and through" (according to your definition of "history" as "what actually happened")?

Related to this, what about John's Gospel? Is that historical depiction in the same way as the synoptic gospels? Or to return to the Reed Sea event, is Moses' song in ch. 15 "history" in any of the ways mentioned so far (look at its constantly jumping temporal reference: it seamlessly includes reference to the invasion of Canaan!).

Yes, it's a history with a special significance, but so is just about *everyone's* history

So history is more than raw depiction of events?

If Childs is saying that whole episodes were invented to relate theology, and that they weren’t intended to be understood historically

He isn't, because the quote includes a rejection of rationalism. He seems to be calling for a sensitve weighing of each "witness" and an adequate interpretation of it on its own terms. I just don't understand how he does that in practice. He makes a distinction, for example, between reports of the destruction of Jerusalem and the Reed Sea on the basis of the nature of the witness. The latter is done in the "context of faith." This isn't a liberal rejection of miracle, it's presented at least as a response to the nature of the text. I'm just not sure how that works out in practice.

Historians can still be relating “history through and through” when they use conventions because their intent is to describe things as they are *historically*, even when they stylize the details for the sake of clarity. The “clarity” they aim for, of course, is a clarity about what happened, and the reason they can stylize it is that they’re interested only in those historical moments that possess a certain significance. By “through and through”, I mean that they had no other motivation for doing this than their normal motivation for presenting a history (whatever that was).

We all know that the Fourth Gospel cannot be taken as history as we think of “history”, but just because the literary designs in that gospel are so heavy-handed does not mean that the author wasn’t presenting his Jesus as the historical Jesus. Indeed, if readers were not persuaded that this was the historical Jesus, they probably would not have been persuaded by any of the points of the narrative. The same goes for Moses’ song.

I think in context Childs was critiquing people who fail to make the distinction you have pointed out, between "historicity" and "history-as-genre," as if the genre of the text is only to recount literally what happened. Because history as a literary genre doesn't attempt to exhaustively describe the mere external dimension of events, but wishes to plug them into a bigger context which includes the forces at work and their significance, it is logical that a hermeneutic which requires a consistently literal reading actually hinders our understanding of the text. Hence "historicity" as "literary genre" is out of place in biblical interpretation.

Historians can still be relating “history through and through” when they use conventions because their intent is to describe things as they are *historically*,

I don't get this. If a historian consciously puts words in someone's mouth, then how can he think he is doing history "through and through"? It make create "clarity," but clarity of what? The mere external sequence of events ("histroy through and through") or their broader meaning/significance? I'm thinking, for example, of Jesus' "I am ..." statements. That doesn't clarify what happened, but it does clarify the theological reality that Jesus was. Given the widespread acknowledgement and acceptance of this convention, I don't get how your following statment follows: Indeed, if readers were not persuaded that this was the historical Jesus, they probably would not have been persuaded by any of the points of the narrative. The same goes for Moses’ song..

I posted on this issue again today ([1] Historicity)