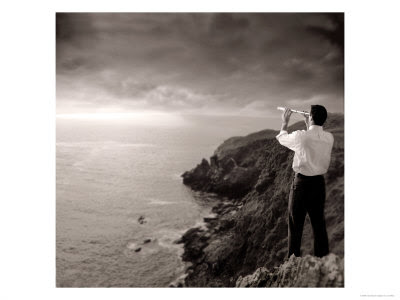 In my last post on the sensus literalis, I pointed out how the text of the Bible itself functions as an essential part of the "theological data" of the church/synagogue, rather than the referent alone independent of the text. Confusion concerning the relationship between the two - text and referent - arose in the 18th century, whereby the term "literal sense" underwent a subtle shift in meaning. With the rise of historical criticism in this period, the identity of the explicative sense of the text with its historical reference was attacked. The plain sense was separated from the historical sense, so that a number of interpretive options were opened up. Increasingly both conservative and liberal scholars grew to assume that the meaning of the Biblical text lay in its historical reference rather than in its own literary presentation, so that the issue of historical factuality came to dominate the discussion. According to Childs,

“The task of exegesis lay in working out the true historical reference since revelation no longer consisted in the words, but exclusively in the subject matter to which the words referred" ("The Sensus Literalis of Scripture," 89; italics my own)

As a result,the aim of the interpreter was to reconstruct the original occasion of the historical reference on the basis of which the truth of the biblical text could be determined. In sum, the sensus literalis had become sensus originalis (ibid.).

NB: In the quote I highlight the word exclusively as I am conscious of my previous thread on the text's "spiritual sense," which I identified with the text's ultimate referent (regardless of its nature, i.e. historical, theological, or whatever). The crux for theological interpretation lies not in focussing either exclusively on the text (literal sense) or on its referent (spiritual sense, historical sense), but on the interelation of the two. To identify the plain sense with the historical sense (i.e. to collapse textual meaning with a certain understanding of its referent), as classic historical criticism does, is to prejudice interpretation from the outset, as it already assumes what the nature of the text's referent is.

Next I will post on the fascinating parallels between historical criticism and medieval allegory!
Posted by Phil Sumpter at 15:47

Allegory - this is the stuff of J. M. Neale and his comments on mystical and literal in his commentary on the Psalms from 165 years ago - see here for some notes on it between me and Iyov - but here is an allegory I have not dared to put on my blog - the potential negatives are too much for me (though I think there is a positive reading, it may involve some negative infinities).

[Bathsheba is the Law; King David, Christ ; Uriah
is the Jew ; - the girl disrobed
Pleases the King ; and the Law stripped of types,
Unhidden in its beauty, pleases Christ,
Who takes it from the Jews to be his own,
Uriah enters not his house : nor does Israel go down into the inward sense.
Letters Uriah bears, dies by their fraud ;
Holding the letter, likewise dies the Jew.]

Thanks for sharing your reading on these matters. It is simply impossible to get to all the possble books!

Thanks for the Neils reference, Bob, along with the conversation with Iyov. I found that helpful. I've just finished dealing with the theory, I am now going to deal some actual exegesis. I'm working through Childs' commentary on Exodus to see how he deals with the allegorical sense. At some point I will need to do this for the Psalms, especially my own two (Pss 15 and 24), so the Neils reference is great.

I tried to e-mail Iyov to get the article he mentioned, but it didn't work. Could you forward the article and references to me at philsumpter [at] hotmail [dot] com?

I can see why you didn't feel comfortable posting the interpretation. Such language about Jews could be easily taken for anti-semitism, if it isn't realised that "Jew" is itself a type for someone who doesn't believe in Christ (exchangeable, for example, with Enlightenment critic). Language is so complex and communication on these topics so dangerous!

For me, the key is working out the relation between the literal and spiritual sense. The latter should be open to critique by the former, but I'm still not sure how that works. The crux is allowing the Old Testament to retain its own voice, while speaking as one part of a chorus of voices witnessing to Christ.