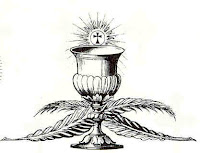 In a recently published volume dedicated to the question of “canonical exegesis,” G. Steins develops his own understanding of the nature of the activity as anamnesis, as a form actualizing the past in the present (=Vergegenwärtigung). The logic goes as follows:

Texts in general must be interpreted according to their nature. The nature of the biblical texts is that they are “witnesses” to the a special “history” between God and his chosen people. Steins interprets this kerygmatic nature in functional terms: the texts not only point to a history of relationship between God and his people, they function to actualize this history afresh for each new generation. This “actualizing” function is part of the text itself (textimmanent), and so interpretation of these texts is best done when the goal is to “meet God” (Gottesbegegnung), to have the theological reality to which the text points actualized in the present (anamnesis). Indeed, the moment of actualization in which past becomes contemporaneous and the Bible's history becomes our history, is, for Steins, the moment when the text is functions as witness and not as historical source. Reading the Bible as anamnesis is thus not a purely descriptive discipline, it is Biblische Theologie im Vollzug, the practice of biblical theology itself. Freed from their historical moorings and read in their literary contexts, new possibilities are created as texts are read in relation to each each other as part of the one biblical meta-narrative. Examples are furnished from the Last Supper and the Pentateuch. The conclusion is that, according to the Bible, the relationship between past and present in God's time is not only temporal but ontological. The proper context for interpretation, then, is not historical research but ritual (Steins is Catholic after all!).

Having steeped myself in Childs over the past year, this essay raises some questions for me.

1)The role of reader-response theory. Unlike Childs, Steins makes much of reader-response theory, while having no space whatsoever for the history of interpretation (a characteristic of the volume as a whole, according to Daniel Driver's review). The result is that Stein's justification of his approach takes on a decidedly philosophical flavour in contrast to Childs' theological approach. But do these categories serve him well? Steins argues that the insight that the reader is actively involved in the construction of meaning raises the question of “power” over the text. This is good and well, but does it follow that the reader should therefore only focus on the final form? Reader-response theory emphases that all texts are constructed by the reader, so that there is no such thing as a pure space in which ideology free interpretation can take place. Reader response theory alone cannot justify reader the final form. Childs remedies this by appealing to the Holy Spirit in the economy of God: the canon is the prescribed arena in which the church continuously attempts to hear the Word of God. This arena is the context in which the “history of God” is most fully appreciated, not because any attempt to dig behind it subordinates the canon to ideological control (though that danger is of course always present) but because that is the way God has providentially guided things. Focus on final form exegesis has, for Childs, a theological rather than ideological grounding.

2)The significance of the “post-modern” turn. Again, Steins grounds what should be theological statements in philosophical ones. He states: “The post-modern moment consists in the recognition that the history which is witnessed to [in the Bible] cannot be “had” either outside of or behind the text” (120). I'm not sure how post-modernism helps us see that, other than it's insistence that “there is no reality outside of the text.” But as far as I am aware, “text” here applies to all communication and not just written forms. This doesn't get us much closer to final form exegesis in any substantial sense, especially as a lot of post-modern exegesis emphasis the communal construction of not only the text but also the history witnessed to. Childs makes a similar statement, but he grounds it not in our epistemological capabilities but in a confession that the text is God's elected means of self-revelation, a vehicle for a divine force which breaks through our categories and creates something new. And indeed, because it is a vehicle, the theological reality to which the Bible witnesses is outside of the text! The unity of Scripture is not the unity of an intertextually cross-linked web (cf. Childs' critique of Steins' Die “Bindung Isaaks” im Kanon), but the unity of its source: God. This in turn has exegetical implications, as the particular profile of each witness within the Bible determines the nature of the intertextual links that can be made.

3)The definition of the text “as witness.”Though both Childs and Steins emphasise the witnessing “quality” of the text, they have different understandings of its nature. For Steins, it seems as if the text becomes a witness in the moment it is actualized. It ceases to be a witness when it is historically critically analysed. Childs, on the other hand, has emphasised that exactly because the text is a witness it is historically grounded, namely in the testimony of the historical prophets and apostles. They witnessed then, in their own concrete time and manner. The “canonical process” was an expansion of this message, but always in continuity with its historical roots. It's truth stands or falls according to the nature of the process. We need to focus on the final form, not because it is here that the text can become a witness in any cultic sense, but because the object to which all the witnesses in their diachronic depth point makes himself fully known in the chorus of their voices.

These critical points could be seen as hair-splitting, but they are important none-the-less, as theological exegesis is ultimately not about finding ways to make the text interesting or meaningful, but about hearing the Word of God in it. I certainly don't want to detract from the importance of this article, especially in the German context for which it was written. It's a breath of fresh air to read a German scholar that has a very good grasp of what Childs is on about, and Steins' own twist on the canonical approach is an important contribution to the ongoing discussion.

NB The term "anamnesis" is also a liturgical term, referring to the rememberance of the Passion, Resurrection and Ascension of Jesus just before the Eucharist, hence the image above.

Update: I've since discussed this post with Steins himself. He claims I misunderstand him. I think it may be the other way round. The best thing is to read the article yourself! Steins is a brilliant and exciting scholar and I hope Germany will produce more like him.
Posted by Phil Sumpter at 15:37