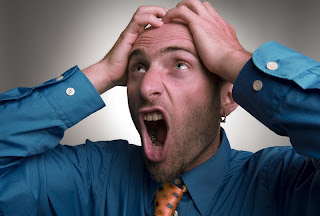 I've been agonizing about a purchasing decision all night, and I have to make a decision this afternoon! The Catholic and Protestant theological faculties at the University of Bonn are combining their libraries, which means that a whole bunch of books are being sold at ridiculously low prices. The greatest deal of all is practically the entire Word Biblical Commentary. According to Logs, the retail price for the CD ROM is $1,199.99, Logos is selling it for $699.95, but I can buy it here in print form for roughly $ 280 (1 € per cm book thickness)!! Aaaagh, what do I do!

I actually wanted the CD ROM version as it

But it is double the price of the print collection.

I've thought about this back and forth and am slowly coming to the painful realization that space and searchability are just too important to miss out on. But what do I do with a deal like this? The Germans have no idea what they are selling because they never use this commentary series (they have enough in German and Word is too conservative anyway).

So, I'm currently attempting to call the pastor to see if the church would want the series anyway. But if not, does anyone out there have any recommendations?

Save your money & get the Logos Library. Unless you're studying for ministry/preaching/teaching lay-persons. If you're going to do church-work get the paper versions. But if you're going to be teaching then your college/uni will have these on-campus. Good luck! -K.O.

Thanks for the tip, Kevin, but the Word series isn't on Logos Library.

I bought the whole bunch and then sold them to my church (at no profit, of course!). Whether they'll be used or not is another question, but at least my soul can rest knowing they are just smoldering away somewhere. I'm going to buy the digital version, due to space and searchability.