The Struggle for the Scope of the Christian Canon 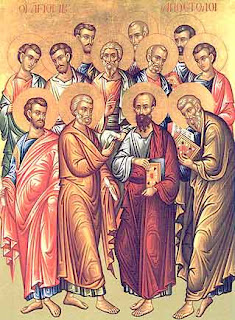 Childs summarizes the issue in terms of the early church’s intentions in canonizing the texts:

The . . . struggle to define the scope of [the church’s] scriptures during the next centuries was driven by several concerns. First, the function of establishing a canon was to preserve the truth of the apostolic witness upon which the faith was grounded. Second, the canon served to preserve the catholicity of the faith by establishing a parameter inside of which the church’s theological diversity was acknowledged (John, Paul, Peter), yet outside of which heresy threatened. The implication of the privileged status of scripture was that its witness was not primarily formulated in terms of a single doctrinal formula, but rather as a prescribed circle designating the accepted range of confessions transmitted in the worship of historic Christian congregations (Jerusalem, Rome, Antioch, etc.).

The Struggle to Understand Isaiah as Christian Scripture, 314.
Posted by Phil Sumpter at 14:17

Email ThisBlogThis!Share to TwitterShare to FacebookShare to Pinterest
Labels: Canon