How could Augustine do that? 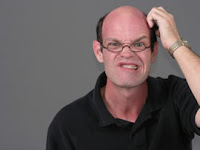 I've often wondered at the validity of Augustine's hermeneutical axiom that if a passage can be variously interpreted, the interpretation which encourages love of God and neighbour should be preferred.

Is that good exegesis? Can one just take an ethic of love as the norm for interpretation of these ancient texts? It sounds like a nice idea, but surely true interpretation involves hearing the text in and of itself, regardless of our ethical presuppositions?
I recently saw Augustines' move within the context of moves made by other church fathers and something went "click" in my head (as the Germans say). Irenaeus, for example, in his battle with the varying scriptural interpretations of the Gnostics, appealed to God's one redemptive purpose uniting both testaments as a context for interpretation. Origen spoke of multiple levels of meaning in Scripture in which the reader is led from external form to internal, spiritual sense, all as part of the divine pedagogy.
What unites these approaches is the conviction that the Scriptures are a witness to a unified theological reality. Though diverse in form, they are united by a single function, the kerygmatic, deictic one of "witnessing," pointing, or referring to this reality, the divine referent. Given ecclesial interpretation is an existential matter of profound importance, rather than an exercise in "dispassionate" curiosity about a dead religion, it makes sense that interpretation start from the position of the reality testified to. The movement is then circular, as we move from referent to text and back again, each pole enriching the other. That this is not necessarily a form of fideism (though in practice it often is) is testified to by the fact that it is only through the literal sense that spiritual was achieved. Just as the church confesses the risen Christ in the text of Jewish Scripture, the New is always testified to in terms of the old.
So coming back to Augustine, the validity of his hermeneutic should not be judged according to a theory of historical referentiality whereby a text only means what it's author intended, or what the literary framework constrains it to mean. This would arguably impose an alien category onto the text itself. Rather, Augustine should be judged by his ability to do justice to both the nature of the text and its true referent. If the texts really are prophetic, and if God really is a God of love, then I may have to rethink my views.
P.S. Check out Brant Pitre for a great quote from Origen on interpretation.
Posted by Phil Sumpter at 17:12