The Problem of a Two-Testamental Canon 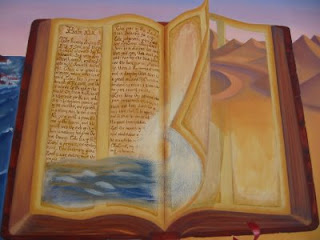 I have finally come to point 3 of the humongous thread that I started in September 2007 dealing with the defining features of specifically Christian exegesis. Point 3 concerns the two-testamental nature of Christian scripture. Today, just a few words of introduction:
Despite the universal assent within the Christian church to a two-testamental Bible, there are two issues which have never received a single resolution: the scope of the Christian canon and the nature of the relationship between its two parts. The church has struggled throughout the centuries to understand the theological implications of this reality. From the Enlightenment onwards, however, the issue came to be understood in history-of-religions terms. As such, the theological question has largely been ignored as irrelevant. For the Church, the question of the integrity and scope of the two testaments, along with the nature of their relationship, is too important to be ignored.
Stay tuned for a "canonical" response to the problem ...
Posted by Phil Sumpter at 19:05

You are on my radar. I am unlikely to read Child's but I sure have learned from your study just what some of the questions are. This is of good value.

Thanks Bob. This is a difficult issue and I'm not sure how satisfactorily I'll present it, but I think Childs' work provides a good orientation.