Which canon should we use? 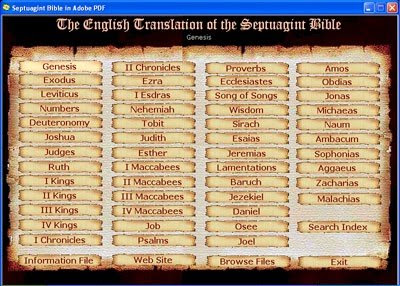 As I mentioned here, unlike in Judaism the Church never really settled down on one particular canon of scripture. This poses a challenge for ecumenical dialogue, as different traditions invoke different texts in order to back up their theological positions. Before we can adress the question of which canon the church should read, it is worth rehearsing again just what the church means when it talks of "scripture" in the first place.
As Childs has emphasised and Hägglund demonstrated historically (1958), the church confesses that the Scripture is a “witness” to divine truth, a truth understood to be Christological. For the early church, it was the ability of the Old and New Testaments to point to God’s redemptive intervention for the world in Jesus Christ that enabled them to be authoritative. In other words, what matters is not the texts in themselves qua holy texts, but rather the reality to which they point that makes them valuable. They are means by which the prophetic and apostolic testimony to this reality are preserved, and as such function as a vehicle of this reality for today. This testimony is preserved in scripture and the function of the various summa of church doctrine (e.g. the Roman baptismal confession or the creeds) is the summarize and present the reality to which the scriptures point.
In other words, it's not about the text, it's about the reality. The function of scripture as testimony to this reality and of tradition as summary of this reality has led to two principles which have been operative throughout church history. On the one hand, there was the desire for purity, that the truth of the apostolic witness be preserved. On the other hand there was the desire to emphasise the catholicity of the Christian faith which was expressed in an unbroken chain of sacred tradition from Christ to the church.
In my next post I will look at these two poles in more detail.
For another detailed discussion, with a great comment thread, go here.
Posted by Phil Sumpter at 13:06

Philip
... unlike in Judaism the Church never really settled down on one particular canon of scripture

N T Wrong:
Actually, not wholly unlike in Judaism. The Karaite v Rabbinic debate over the status of the oral Torah is one example of a debate about canon within Judaism. Also, Falasha Jews, like Ethiopic Christians, still consider 1 Enoch to be canonical.

I didn't know about the Falash Jews, thanks for pointing that out. I've heard that there has been a lot of debate within Israel by the Orthodox concerning how to regard immigrating Falashas, but I don't know about the outcome.