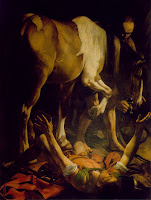 Is the Bible itself God's revelation, or does it just point to God's revelation? If it is just a pointer, and not the reality itself, then is it dispensable? But what if it is the only medium adequate to the subject matter it is trying to broker? What if there is no other way to make revelation known? What if Scripture as text has been elected by God himself to play a central role in his unfolding plan of salvation? Would there be any justification in calling the Bible itself God's revelation? Is there a more accurate terminology to keep the different nuances in check?

This doesn't seem to be a recent "Protestant" issue, as the early church itself used a similar term in an ambiguous way: the "rule of faith/truth" (regula fidei/veritatis). Here's B. Hägglund's summary:

The regula fulfils the function of being a fundamentum of the doctrinal tradition through the mediation (Vermittlung) of the holy scripture. We can perceive the reality of the revelation, the facts of salvation history only through the witness of the prophets and the apostles, through the writings of the Old and New Testaments. This witness must be interpreted and expounded again and again, but also recapitulated (zusammengefasst) and literally reproduced. In the process, however, the regula itself, the truth to which the scripture witnesses, maintains its position as an unchanging foundation. It is not a coincidence that the Greek word for rule, κανων, became more and more a fixed designation for the holy scripture. The original witness is not only “canonical” because it is endowed with the authority of the prophets and apostles, but also because it is a bearer (Träger) of the revelation, a mediator of the reality of salvation." (My translation; for the full context go here).

Perhaps one of the better attempts to formulate this tension is Karl Barth's theory of "the three time's of the Word" (or das Wort Gottes in seiner dreifachen Gestalt). Here's Diem's summary of the three forms of God's revelation:

(1) the present preaching of the Church as related to the word of Scripture and referred to it as a norm; (2) the witness of Apostles and Prophets as contained in the canon of Scripture to the Word of God; and (3) the Word of God itself as revelation. (Diem, Dogmatics, pp. 57-58).

How else can we formulate the relation between each stage? It should be pointed out that for Barth, God is the speaking subject in each phase and his revelation has the character of an active force, one that convicts our consciences and shows us that we can also be part of God's story.
Related posts: Mishna as revelation, My take on "verbal revelation"
Update: Check out Glen's helpful comments in the comments section on a Trinitarian ontology.
Posted by Phil Sumpter at 15:55

The "Or" in the title is a funny one. Just as some people nowadays are prone to say "I don't see color," I find myself more and more wanting to say: "I don't see dichotomies." ;)

Thanks for pointing that out. I agree with you that there is no clear dichotomy. Yet it also seems clear that the two cannot be collapsed into one. I'm still struggling with the relationship between the two.

I think a trinitarian ontology is very helpful. The second form of the Word, like the second Person of the Trinity, is 'out of the substance' of the first. At the same time it is both distinct from *and* one with its origin as it constantly bears witness back to its source.

This oneness is not that of strict identity (modalism) or of separate identity (tritheism) it's rather a relational unity.

The Scriptures then, as they constantly testify to Christ, exist in Spirit-given and Spirit-maintained relationship to their Object of witness. In this very otherness-in-relation to Christ they are no less a divine Word. A Word from Word, Light from Light, True Word from True Word.

That kind of thing.
Glen

Those are really helpful thoughts Glen, thanks! I'm still struggling with the conceptuality but I think this is the direction I want to be going in. Can you recommend any reading on this?

Well as you say the Threefold Word stuff in Barth (I/1) gives you a starting point. I find though that Barth's account of the oneness between the forms tends towards a kind of capricious identity - where and when God chooses to reveal, in that event the Bible *is* revelation.

So this famous quote:

I'm not sure I like this account of oneness - it's a oneness of strict identity where and when God so chooses (which is not as bad as it sounds when you realise that everything, God included, has its being in becoming). But nonetheless it does leave question marks over the 'ongoingness' of the bible as revelation.

I think someone like TF Torrance picks up the Threefold Word and then conceives of the unity of the forms in a far more perichoretic way. (From what little I've read of Bromiley he also highlights the unity in more perichoretic terms). The oneness does not consist in removing the distinctions (in the 'event') but is a unitedness that upholds and constitutes the distinctions. Thus for TF Torrance the Scriptures remain ever distinct from their Object of witness but he is very keen to stress their *continual* being as revelation (not just where and when God so chooses). They remain distinct but no less revelation for that since the Spirit continually witnesses through them.

But beyond that I'm not much help I'm afraid. Just a pastor you know. A curate at that!

Glen, that is absolutely marvelous, thank you! I really appreciate you taking the time like that. You may be "only" a curate, but you are far more informed than I. This is the problem with attempting to straddle various disciplines (in my case, dogmatics and exegesis), you haven't the time to read in either subject very deeply. Thanks again.