When was the Psalter closed? 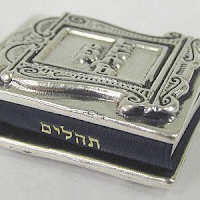 John Anderson of Hesed we'emet has shared some extremely informative insights in the comments section of this post. I thought I'd share them here and add a few thoughts by Erich Zenger from his Einleitung:

Re: the closing of the Psalter, I used to have this information very much at the tip of my mind, but alas, much of it has gone away. Here, though, is how I would respond:

The issue is of course a complex one, especially with the Qumran material now in play. Wilson's The Editing of the Hebrew Psalter notes three possibilities with the Qumran evidence in mind: 1) a sequential linkage [i.e. 11QPsa-->MT150]; 2) parallel collection [i.e., 11QPsa a more inclusive collection, with MT 150 becoming official canon at the end of the first century CE]; 3) MT 150 stabilized prior to the 4th century BCE [thus making the Qumran material of a different sort]. The Qumran pss material certainly seems to point to a fixity for Books I-III early on, and a greater fluidity with Books IV-V even into the first century. This issue is compounded all the more, I think, by how one understands the Qumran community (just how 'sectarian' are they?) and, more importantly, what constitutes scripture for them? I would argue the Qumran community certainly has a much looser view of Scripture (see, for instance, the double citation and intentional alteration of 'scripture' in two lemmata in the Habakkuk pesher (1QpHab), or even the many Rewritten Scripture texts, or Genesis Apocryphon, or Jubilees), and thus it is conceivable to me--but still equivocal--that the Qumran pss material may not be decisive in solving the question . . . but it is no doubt seminal.

Peter Flint, in his The Dead Sea Psalms Scrolls and The Book of Psalms argues that the corrections in 4Qpse suggestion an earlier edition (11QPsa) that was corrected toward a text similar to the MT. He thus sees three editions of the Psalter at Qumran: 1) early edition [Pss 1/2-89] used before the founding of the community ca. 150 BCE; 2) Edition IIA [11QPsa], which has scriptural status; Pss 90ff joined with Edition I before the Qumran period by those advocating the solar calendar; 3) Edition IIB [the MT 150], completed prior to the Qumran period. Flint also points out that the fact the MT arrangement is attested in a LXX trans in the second half of the 2nd century BCE corroborates this view).

Now that I've done my history of scholarship (wink) . . . it seems to me the Qumran evidence provides a terminus ad quem of around the first century CE. But the LXX attests to a period a few centuries earlier. This point, however, cannot be an unequivocal terminus ante quem . . . one would have to go back further and have other mss. evidence to corroborate. There are, though, compelling arguments for reading the Psalter in a post exilic (Persian?) context. That said, I would conclude with two provisional points.

1) The Psalter achieved its final canonical form sometime between, roughly, the 4th century BCE-1st century CE. A huge span of time, but right now, without doing further reading to refresh my memory, I don't feel safe getting any more specific.

2) 11QPsa--and other Qumran pss material--likely knew and derived from at the very least a well established Books I-III, or perhaps even the entire MT 150.

Here are some additional thoughts from Erich Zenger, who tries to narrow the time frame down to 200-150 BCE. History of thought issus seem to play a significant role:

3) The Qumran Pesher 4QMidr.Eschat(a ) (71-63 BCE) combines the sequence of Ps 1:1 and Ps 2:1f. with other Biblical quotes and applies them eschatologically to the Qumran community. For the order of the Psalter to have had such authority, A. Lange reckons it must have accepted with the grounding of the community in 152 BCE.

4) The LXX translation (Jerusalem, 100 BCE?) affirms the MT ordering and the number of Psalms.

5) The paleographic manuscript Masada Psalms b (2 half of 1st cent. BCE) confirms the order.

6) The differing order in 11QPs [a], could, as you say, be due to liturgical usage. It may even have been made to compete with the MT, which would just confirm the dating.

I have seen this conversation popping up on a few blogs. Very motivating. I am glad it is getting some play.

John, could you give me the links to the related discussions? This is a topic that interests me.

Though you may already be aware of it.