Israel's Memory and the Rule of Faith 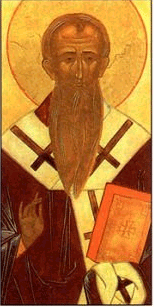 After a massive hiatus, I return to my ongoing discussion of Childs' canonical approach and it's implications for theological interpretation. The thread started an eternity ago here, where I outlined the overall structure of what I want to say. I'm still in stage 1: "The Authority of Scripture." Once this stage is finally finished, I'll move on to 2: "The Literal and Spiritual Sense of Scripture."
At the beginning of his career Childs worked as a form critic, which meant that his primary concern was identifying the unique ways in which Israel responded to its tradition and proclaimed its message. From this historical critical perspective Childs made the following statement about the theological function of Israel's traditions:

“Israel's memory ... serves a far more important role than merely providing illustrations from the past. It serves in making Israel noetically aware of a history which is ontologically a unity. There is only one redemptive history.”[*]

Childs seems to believe that this redemptive history finds its maturest expression in Irenaeus' rule of faith (Creation – Incarnation – New Creation). This rule functions as a boundary within which Christian exegesis can take place, as it sums up the true substance of Scripture. Yet the rule is not detached from the witness on which it is based, as if it were an external ideology imposed upon an innocent text. The very hermeneutical shape given to the text throughout its long canonical (kerygmatic) development adumbrates in complex ways the reality that would find its fullest expression in Irenaeus' rule. It would seem that for this reason Childs at times calls the canonical shape of the Bible itself a regula fidei.
[*] Memory and Tradition in Israel (London: SCM Press, 1961), 51.
Posted by Phil Sumpter at 17:14