Barth and Bultmann on Romans: Who's the better exegete? 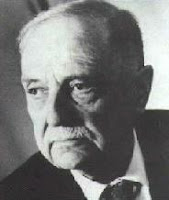 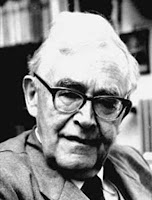 In commemoration of Rudolf Bultmann's birthday, the question was posed on the Bibical Studies List as to who was a better exegete: Bultmann or his life-long antagonist Karl Barth?
The following responses represent a typical understanding of Barth's exegesis:

Barth was a horrible exegete. His Romans commentary is Paul Lite. 99% Barth, 1% Paul. Barth was a theologian much more than an exegete.

One thing about Bultmann is that he was very honest, ... . He clearly makes distinctions between what he believes as a "modern" reader of Scripture, and what the writer of the text believed. With Barth, you get his ideas and theology, and these can be brilliant, but there is often a disconnect with the text if you are looking for anything resembling exegesis.

Here's my response:
My minor point:
if theology is based on false exegesis, then how can it be brilliant?
My main point:
I'm not sure the difference between Bultmann's exegesis and Barth's is a matter of honesty or dogmatic overlay. What is at stake are two fundamentally different ways of conceiving the nature of the text and the discipline of exegesis.
Childs compares Barth's and Bultmann's exegesis of Romans 5.12ff in his chapter on “Humanity: Old and New” in his Biblical Theology (p.588ff) and concluded that whereas “Bultmann follows the usual norms of historical critical exegesis,” Barth “is not only focussing on the verbal sense of Paul's original argument,” he is seeking “to pursue Paul's witness beyond the text itself to reflect theologically on the substance (res) which called forth the witness.” (589). Though Bultmann's exegesis has the strength of staying close to the literary structure of Paul's argument, Barth went beyond what Paul was saying to the issue itself: “the substance of true humanity revealed in Jesus Christ.” Barth was fully aware of the contrast that Bultmann pointed out, but unlike Bultmann, Barth wasn't content to stay at the “literal sense” (my term). His exegesis was an exercise in Biblical Theology, which may explain why Bultmann didn't understand what Barth was doing exegetically.
To repeat: the issue has less to do with honesty or capability and more do with a conception of the nature of the text and the function of exegesis.
I should add that I think Bultmann's use of the word Sache (see my recent post on Bultmann here) parallels Childs' use of the word res. It's the goal of exegesis, except that for Bultmann the text's true subject matter was authentic existence, whereas for Childs and Barth it is God in Jesus Christ.
I have also recently posted on the relation between Bultmann, exegesis, and ideology.
Posted by Phil Sumpter at 12:11

Agree almost entirely with your post. The minor point you raise was that shouldn't good exegesis underlie good theology, and thus, according to such reasoning, Bultmann's theology should be better than Barth's since Bultmann was clearly the better exegete. Part of being an exegete is understanding what sort of book the Bible is and in this regard I think Barth has the upper hand on Bultmann. Bultmann's apriori cosmology leads him into form criticism and demythogizing. Barth's apriori cosmology leads him to try to hear God speak.

Azk, welcome to my blog! I couldn't have put it better myself. Thanks.