The relation of the New Testament to the Old 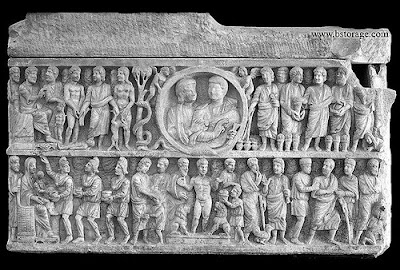 In the comments to my recent post on figural interpretation, questions were raised concerning the correct way to read the Old Testament as a Christian, especially in relation to the New Testament. Should the OT say what the NT claims it said, should we have the freedom to allegorize beyond that what the NT did say?

This is an issue that Childs wrestled with throughout his career. In my review of his theological approach (summarized here), the categorization of the biblical text as a "witness" has consistently been of fundamental significance. I've summarized Childs on this issue in my post, Canonical Process and the Text as "witness."

The choice to see the text as “witness” to something beyond itself (its substance, which for Childs is God, Christ, the regula fidei, the divine reality etc.) also plays a central role in contemplating the nature of the relationship between the two testaments. According to Childs, the juxtaposition of the two testaments to form the Christian Bible arose, not simply to establish a historical continuity between Israel and the church, but above all as an affirmation of a theological continuity. In other words, it was believed that in some way the unity of the two testaments lay in its theological referent. How exactly these two testaments were to be correlated in order to witness to this reality most fully has been a matter of debate for centuries. The two testamental nature of the Christian Bible consists of simply a juxtaposition of two entities, and this juxtaposition has led to a number of strategies by which to understand the nature of the relationship, such as the one purpose of God, the one redemptive history, the one people of God, prophecy and fulfilment, law and gospel, shadow and substance, etc. [*]

Rather than arguing for the appropriateness of this or that construal (though see my comments on prophecy and fulfilment), in my next post I will look at the theological significance of this simple juxtaposition of two testaments, which is comparable to the juxtaposition of the four gospels.

[*] See Childs' Biblical Theology of the Old and New Testaments, 74.