How to understand the ways of God: Some pointers 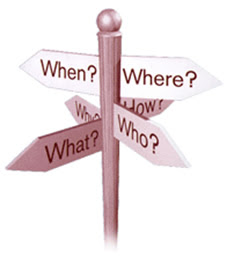 I have given an example of what Brevard Childs considers to be the difference between a "spiritual" interpretation of the Bible and a more mundane one in my post The Spirit, Bonhoeffer, and Gunkel. The fact, however, that the shift in perception experienced by confessional scholars is due ultimately to the agency of the Spirit should not lead to the conclusion that such a shift is purely irrational or arbitrary. Theologically, the creation of the canon of Scripture was never claimed by the church to be its own work, but was itself understood to be a response to the divine coercion of the living Word of God. Thus, according to Childs, “the concept of canon was a corollary of inspiration.” ("Speech Act Theory," 381). Within this rule-of-faith, understood as both the hermeneutical structure of the canon and the summa of authentic Christian response to the substance of this canon, Childs identifies the following five pointers for understanding the ways of God in the world (from "Interpreting the Bible Amid Cultural Change," 210-211):

1. Christian spiritual vitality necessitates wrestling with the Bible as the vehicle of God’s word. “To speak of moving beyond the Bible always signals a return to the wilderness and a loss of divine blessing.”

2. Scripture functions properly within the life of the church only if it is heard addressing issues of life and death. When received as a divine gift to believers, the Bible becomes a guide for faith and practice.

3. There is a family resemblance among the ways in which faithful response to the Bible occurs. A likeness arises from the serious encounter with the selfsame God who shapes obedient response into Christian likeness, with a parallel family resemblance on the side of unbelief and scepticism.

4. The Bible calls for faithful reflection, but also for faithful action. Where there is true understanding of the Scriptures, by necessity there arises an imperative for evangelism and mission, a care for the impoverished and suffering.