The divine and human authorship of Scripture 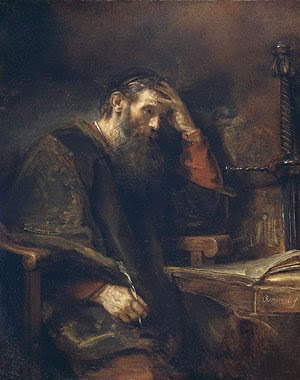 Today I start a new thread as part of my overall project of looking at what B.S. Childs identified as the six constitutive features of Christian exegesis. The previous three threads include The authority of Scripture (which is best supplemented by looking at Childs' essay here); the literal and spiritual senses of Scripture; and the two-testamental nature of Christian Scripture.

The church has always confessed that it is God’s voice in Scripture addressing people in divine speech (Exod. 20:1ff.; 34:1ff.), while at the same time human authors were designated as communicating the teachings of God (Moses, David, evangelists and apostles; Childs, Struggle, 309). The relationship between the two, however, has never reached a consensus. Childs lists various attempts throughout history to clarify and defend this reality, such as Thomas Aquinas’ concept of the human authors as “instrumental cause,” Calvin’s theory of accommodation, and orthodox views of inerrancy. Each view has had its currency and has then been overwhelmed by new challenges. Childs’ concern is not to develop an alternative theory but rather to delineate the contours of the theological claim and thus the arena within which genuine Christian struggling with this issue can continue.
Within the Bible itself, the human agents of God’s will to Israel and the church claimed within their own writings that their testimony had been inspired by God. This claim to be delivering a message from God was made in different ways, such as narrative descriptions of a theophany in which divine words were received and transmitted to the people (Exod. 19:1-20), introductory formulae such as “the vision that Isaiah saw” (Isa. 1:1) or “thus saith the Lord.” The continuity of God’s speaking is best formulated in Heb. 1:1-2: “In many and various ways God spoke to our fathers by the prophets, but in these last days has spoken to us by a Son" (Childs, "Speech-act theory, 309).
The question arises, how was it possible that fallible human words could have been received as words from God?
We will deal with this question in my next post.
Posted by Phil Sumpter at 11:03

Should be an interesting topic.