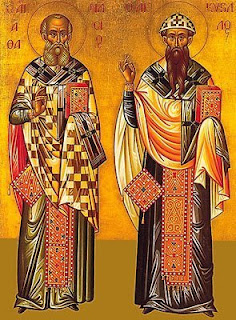 "During much of the church's history, enormous energy, reflection, and debate has gone into the effort to understand exactly the relation between the literal and the spiritual dimensions of the biblical text. Usually the extravagant development of the allegorical method within Christianity has been assigned to Origen, whose influence of course has been enormous. Nevertheless, ... the interpretation of Origen has undergone serious revision during the last decades, and the earlier attempts to describe allegory as a Gnostic innovation, basically alien to Christianity, have not been sustained. A more balanced way of understanding the hermeneutical issues involved emerged from an analysis of the historic tensions between the Alexandrian and Antiochene schools. The earlier misconstrual of the relationship, as if the Alexandrians were fanciful allegorists while the Antiochenes adumbrated modern historical criticism in stressing the historical context, has been replaced by careful study of both the similarities and differences regarding the issue of multiple textual meanings. Both schools fully agreed in recognizing both a literal and spiritual dimension, and both sought to develop subtle strategies by which to guide and control the interrelationship of the two. The great variation in the hermeneutical terminology - theoria, allegoria, skopus, nous - reflects the continuing struggle for exegetical precision. the Alexandrians were passionate in believing that the literal sense apart from the spiritual killed is meaning. However, the Antiochenes feared the biblical historical sequence could be lost in timeless symbolism. It is important to note that by the fifth century elements of the best from each exegetical tradition had been appropriated by Christian expositors (Jerome, Theodoret, Cyril)."