The Relation Between the "Spiritual" and "Literal" Senses 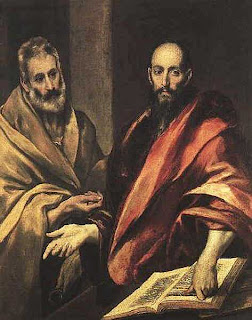 I argued here that Christian exegesis requires a distinction between the text's literal and spiritual sense. As Childs argues, the question of the existence of a “spiritual” dimension to the text goes back to the New Testament (cf. John 3:14; Matt. 16:4; 1 Cor. 9:9; Romans 3:31ff; etc.[2004: 302]). The issue for the Church has not been the existence of a spiritual sense, but rather the nature of the relationship between the literal and spiritual dimensions.

Childs' own proposal draws on the logic of “faith seeking knowledge.” In other words, the desire to understand the divine reality requires a starting point from within a position of faith: Christians confess “Christ [while] struggling to understand the nature and will of the One who has already been revealed as Lord”(1992: 86). This entails what in general hermeneutics is called the “hermeneutical circle.” Childs also draws on Dilthey's distinction between erklären (explanation) and verstehen (understanding) in order to help him explain the dialectical move from the particular (the literal sense) to the general (the spiritual sense) and back again. In other words, one

“comes to exegesis already with certain theological [i.e. 'spiritual'] assumptions and the task of good exegesis is to penetrate so deeply into the biblical text [i.e. in its literal sense] that even these assumptions are called into question, are tested and revised by the subject matter itself” (1997: 60).

In more theological terms, the basic thrust of Christian exegesis can be described as a move from

“the partial grasp of fragmentary reality found in both testaments to the full reality which the Christian church confesses to have found in Jesus Christ, in the combined witness of the two testaments.”(1992: 85)