The Spiritual Sense and Exegetical Integrity 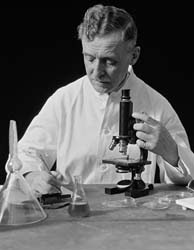 Continuing my "spiritual/literal sense" thread, I want to counter the criticism that "pushing through" the text to its spiritual meaning (as argued here) necessarily entails subordinating the text to dogma.

The "outward thrust" to the text's spiritual meaning does not obviate the need for a second move, in which the particular text is re-heard in light of the full reality of God in Jesus Christ. Childs claims that biblical language has the ability

“to resonate in a new and creative fashion when read from the vantage point of a fuller understanding of Christian truth. Such a reading is not intended to threaten the sensus literalis of the text, but to extend through figuration a reality which has only been partially heard. It is for this reason that allegory or typology, when properly understood and practised, remains an essential part of Christian interpretation and reflects a different understanding of how biblical reality is rendered than, say, midrash does within Judaism.” (1992: 87, 88).

The central role of the literal or plain sense as witness to the spiritual obliges the Christian exegete to preserve the integrity of the literal sense, which means that there must be the descriptive task associated with traditional academic exegesis. Indeed, Childs claims, this function of the literal sense as “witness” to an external truth creates the very possibility of genuine exegesis, in which the text can be confronted in all its dimensions (1964: 438)!

Here are some examples taken from Childs before he developed his canonical approach (1964):

If biblical authority functions at the level of the interpretive framework within which the literal sense takes shape, then the need for a theory of sacred language and text is obviated. This creates space for precise textual description.

The confession that the unity of scripture is theological and exists at the level of its spiritual and not literal sense abrogates the need for arbitrary harmonization of literary sources as well as the need to privilege a particular historical layer.

A functional understanding of the Bible as witness for a concrete, historically situated people allows for form critical analysis which highlights the particular forms of this witness, all of which point to a single truth.

The fact that this truth does not lie immediately at the level of the literal sense of the witness frees the interpreter from the need to read dogmatic laws into the literal sense, such as theories of universal development or of existential self-understanding.

Finally, the nature of the historically particular text as “witness” necessitates attention to the text's historical minutiae. On the other hand, this witness opposes the assumptions of historicism that “these tools open the true avenue to 'what really happened' and provide a means of bypassing the biblical witness to God's redemptive purpose with Israel." [*]

[*] Examples taken from Childs, “Interpretation in Faith: The Theological Responsibility of an Old Testament Commentary” Interpretation 18 no 40 pp. 432 – 449.
Posted by Phil Sumpter at 16:31