Kerygma and "what really happened" 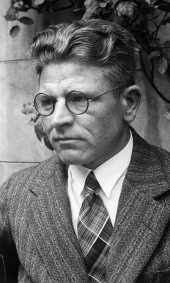 My dialogue with John Poirier on the nature of Hans Frei's proposal goes on unabated here. In my opinion, the issue turns on the nature of the gospel, i.e. the ultimate referent or subject of the Bible. I took an hour to write a response so I'll just post an interesting quote by Hermann Diem on the relevance of history as "what actually happened" to the authors of the Gospels (I intend to start posting on "the literal sense of scripture" soon).

There can be no question that in their preaching the New Testament authors thought that they were also reporting historical facts. The question can only be whether they had any interest in the historical fact as such, and apart from its proclamation as an element of the Gospel story. (122)

There should further be agreement about that fact that the NT authors, in spite of their lack of interest in the historical issue as we have formulated it, are in the highest degree concerned about the actual happening of the history of Jesus which they proclaim. [This may seem contradictory to us, but not for the NT authors and this for an intrinsic reason:] What they preach is a history which by its very essence does not permit a mere scientific apprehension. Of course it is a history which runs its course in this world and therefore at every stage includes facts which essentially are more or less capable of being historically established also. But such mere historical-scientific appreciation would in any case fail to do justice to the essential import of this history. For this history requires from the hearer of its evangelical presentation, instead of the mere apprehension of facts, not only, as we like to say since Kiergegaard, a personal decision between scandalisation and faith (for this would not get to grips with the essential point), but rather it requires from the hearer faith that in this history a decision has been made affecting himself personally and his whole personal destiny. To believe in the message it announces means to become a disciple of Christ, which means that we live by the faith that we too are crucified and risen again with Christ. To miss the import of the history of JC, means therefore to miss also one's whole personal significance and destiny.We may fail to appreciate this history by not believing in the evangelical message it affords, for the history cannot make its impact on us except through the preaching of this Jesus who discloses and authenticates Himself in the gospel He declares. (125, 6)