Childs on the Sensus Literalis of Scripture 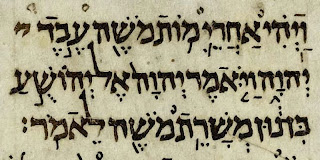 Childs' view on this issue changed with time. In an early article from 1964 ("Interpretation in Faith") he believed that the sensus literalis referred to the biblical text in all its diachronic and synchronic dimensions. This meant that in order to understand the literal sense, one had to sort out the various stages of literary development, indentify the genre and functions of the texts as well as their possible cultural contexts, both originally and more importantly within the developing tradition of Israel.

This approach to the sensus literalis was consonant with his view that “the reality with which the Old Testament is concerned is anchored to the totality of Israel,” whereby the task of historical criticism was to reconstruct “the total life of historical Israel.” (Myth and Reality in the Old Testament, 103). However, Childs' later focus on the phenomenon of canon led him to see that the “reception of the text by the community now constitutes an integral part of the theological 'data' of Scripture and cannot be separated from the text" (“A Response,” 190). He came to see that

“the concept of canon involves many basic hermeneutical implications which make clear why the church’s task of interpreting the Scriptures cannot be simply identified with, or be an elaboration of, the historical-critical method" (“The Old Testament as Scripture of the Church,” 714).

This process of reception involved a Sachkritik (criticism according to content) in which judgements were made concerning who the faithful tradents of divine revelation were (Moses not Korah, Jeremiah not Hananiah), in which various voices were subordinated, omitted or highlighted. In short,

“Israel shaped its literature confessionally to bear testimony to what it received as containing an established range of witness" (“Walter Brueggemann’s Theology of the Old Testament," 230)

It is the text as shaped by the community of faith which serves the church as the sensus literalis.
My next post will look at how the meaning of the term "literal sense" developed in the post-Enlightenment period. There are some interesting parallels between critical methodology and medieval allegorical interpretation!
Posted by Phil Sumpter at 17:13

Email ThisBlogThis!Share to TwitterShare to FacebookShare to Pinterest
Labels: Literal and Spiritual Sense of Scripture