The Scope of the Canon: The "Catholic" Solution 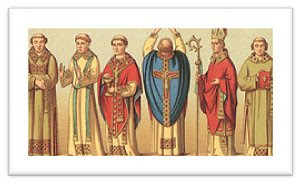 I outlined the "Protestant" trend towards a narrow canon in the history of the church here.

There was also, however, a more "Catholic" trend, in which there was a concern to emphasise the catholicity of the Christian faith. This was expressed in terms of an unbroken continuity of sacred tradition from the risen Lord to his church. The church Fathers used as a major criterion by which to determine a book’s authority the testimony of the most ancient congregations having a claim to historical continuity with the earliest Apostolic tradition and representing the most inclusive geographical testimony of the universal church. In addition to this, reference was made to the widespread use of the LXX in the New Testament itself and the amenability of the Greek rendering to Christian interpretation.
In my next post I'll look at Childs' take on this tension.