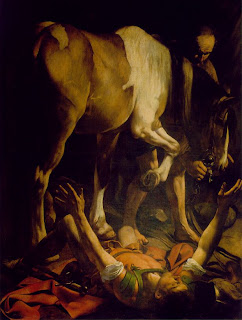 The following is taken from Childs' Old Testament Theology in a Canonical Context (Philadelphia: Fortress Press, 1985), 41:

In spite of the great variety of emphases within the Old Testament as to how God is known, there are certain characteristic patterns which emerge:

(a) The God of the Old Testament consistently takes the initiative in his pursuit of mankind. 'Adam, where are thou?' He takes the lead, whether in patriarchal narrative or prophetic oracle, to bring a new and fresh dimension of wonder.

(b) God is not limited to any one means of revelation, but his coming is one of surprise. He spoke to Moses in the fire and thunder, but then chose to disappoint Elijah in not repeating the fireworks. Instead, he let his presence be known in the still, small voice (1 Kings 19.12). The frequent use of irony in this context seems almost to suggest a form of divine humour (cf. the stories of Balaam, Naaman, Jonah).

(c) God both reveals and conceals his identity to Israel. What first seems to be the divine form itself soon emerges as only his outward manifestation: his 'glory', 'messenger' or 'face'. Moses is permitted to converse with God 'face to face', but what he sees is only his fleeting back (Ex. 33.23). When the prophet Isaiah sees the Lord as king, only the smallest tip of his robe engulfs the temple (Isa. 6.1).

(d) It is characteristic of the Old Testament revelation of God's presence to move quickly from the vision to that which is spoken. Jacob, terrified before the awesome theophany, receives a verbal promise (Gen. 28.13ff), as do Abraham and Moses. Because God speaks, his primary medium is his word. He communicates to the patriarchs by calling them by name. If at times his voice is in the thunder, the qôl YHWH soon becomes an interpreted word which Israel can understand. In the prophetic literature the vision is usually subordinated to the all-encompassing force of the word of God: 'Thus saith the Lord.'

(e) The god of the Old Testament is never viewed as a monolithic unchanging entity. The elements of his eternity are held in tension with the imagery of great movement an action (Ezek. 1.4ff.). His transcendence does not undercut his immanence, nor his mysterious otherness his gracious presence. It was not by chance that the Christian church felt constrained to respond to this biblical witness of the Old Testament in trinitarian terminology.
Posted by Phil Sumpter at 16:54