Seitz on the divine authorship of Scripture 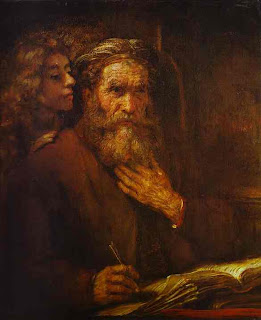 This is the first installment of my analysis of the presuppositions undergirding Seitz's book, Prophecy and Hermeneutics. For the introduction, go here.

Though Seitz never specifically thematizes the divine authorship of Scripture, it is a basic presupposition of his approach, as stated near the end of his book:

The very notion of a canonical process assumes a doctrine of inspiration that spills out from the prophetic word once delivered, as God superintends that word towards his accomplishing end (240).

To use terminology familiar from Brevard Childs' work, there is a force at work in the generation of Scripture, “the word of God,” mediated by a concrete channel, the historical prophet, guided by the will of a “superintending God” towards and eschatological goal: his “accomplishing end.”
What more does Seitz have to say about this reality? Check out the following formulation:

A word is uttered. It is the prophet's human word. Yet it is released, publicly, with a claim to be God's word, and to be that word it will have to move through time—even times of silence and darkness—and finally come to pass (252).

We see that for Seitz this word has certain characteristics: it has a divine source yet human vehicle, historically conditioned yet history creating. This fact calls for a subtle hermeneutic which gives each dimension its proper “proportionality” (91). On the one hand, the divine author of the word is also the “author of time” (50), and through his history with his people he is endeavouring to witness to his own dimension of time, “God's time” (73). On the other hand, he speaks through historically conditioned people-in-community, prophets and their disciples. The disciples of the prophets registered the original word within the context of their own different theological horizon (Seitz says, “in the context of a new set of circumstances, constraints, hopes, and divine judgments,” p. 129). This new understand of the original prophetic witness is, with the advantage of hindsight, theologically more profound, and has been registered in the editorially expanded and canonically shape literature that was later to become Scripture. For Seitz, the nature of the redactional expansions is signficant. They were not corrections to a failed prophecy according to an alternative agenda. Rather, the living author of the word has ensured that these new generations were “overtaken” and “enclosed” (129) by the creative power of his original word. The community

We thus see that the historical prophets, though fully grounded in our “profane history,” are not exhausted by that history. The canonical process that is generated by Holy Spirit, operating out of an originally spoken word, strove to understand the prophets as figures within a theological history, “within the providential design of God's unfolding work” (46). They witnessed to revelation in their time, but they themselves are part of an unfolding progressive revelation.
In my forthcoming posts, we will see how Seitz unfolds these two dimensions of the text: the human and the divine.
[See also my post: Barr on scriptural authority and my thread on The authority of Scripture]
Posted by Phil Sumpter at 16:03

I am excited about this series. Thanks for helping me think about Seitz's important book.