Levenson on Brueggemann and Childs 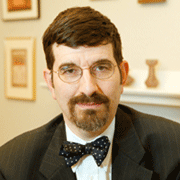 p. 279) Defending Childs, Levenson writes: "Unlike Brueggemann's, Childs's respect for Judaism is rooted in his Christian faith and not in some hypothetical vantagepoint that is neutral as between the two traditions and therefore able to pronounce them of equal worth. By forthrightly owning his particularism as a Christian, Childs is able to respect and learn from the particular tradition that is Judaism."

p. 282) Defending himself against B.'s charge that his biblical theology is too Jewish, Levenson repeates his long-held position: "'the pulverizing effects of the historical-critical method do not respect the boundaries of religions: the method dismembers all midrashic systems, reversing tradition.' Those are hardly the words of an uncritical traditionalist of any sort, and they are light years away from that of which Brueggemann erroneously accuses me: 'preemption of the text for Jewish reading.'"

p. 294) In the conclusion, re "The Limits of Commonality," Levenson writes, "Whatever the validity of Jewish, Christian, and historical-critical modes of reading, and whatever the degree and the value of the overlap among them, at their deepest levels they are irreducibly different. Critiquing Brevard Childs and me, Walter Brueggemann speaks of "the odd triangle of interpretation in which we find ourselves concerning Jewish, Christian and critical perspectives." A genuine pluralism accepts and attends to "the odd triangle" and does not seek to minimize or dissipate diversity by appeal to commonalties, real or imagined."
Posted by Phil Sumpter at 11:47