Amos: the extension of a prophetic message 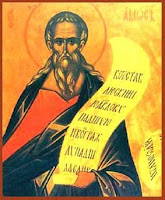 The effect of the canonical shaping of the prophetic literature reveals an enormous variety in the manner by which the traditions were rendered as Sacred Scripture. The purpose of this thread is to post eight examples taken from Childs excellent article on the subject, "The Canonical Shape of the Prophetic Literature," pp. 513-522 in "The Place is Too Small for Us": The Israelite Prophets in Recent Scholarship. Winona Lake, IN: Eisenbrauns, 1995 (available for free on ATLA).

1 ) An original prophetic message was expanded by being placed in a larger theological context. The Book of Amos provides a classic example of this frequent canonical move. An important problem within the Book of Amos turns on how to interpret the sudden shift from a message of total judgment of Israel to one of promise for Israel in chapter 9. Often the shift in tone has been understood as an attempt to soften Amos' harsh message by a later generation who was either offended at the severity or who tried to make room for the later restoration of Judah. However, the editors of chapter 9 did not soften Amos' message of total judgment against sinful Israel by allowing a remnant to escape. The destruction is fully confirmed (9:9-11). Rather, the tradents effected a canonical shaping by placing Amos' words in a broader, eschatological framework which transcended the historical perspective of the prophet. From God's perspective there is a hope beyond the destruction seen by Amos. The effect of chapter 9 is both to confirm the truth of Amos' original prophecy and to encompass it within the larger theological perspective of divine will which includes hope and final redemption. To distinguish between genuine and non-genuine oracles is to run in the face of the canon's intent (p. 49).
Posted by Phil Sumpter at 15:13

If you want your ex-girlfriend or ex-boyfriend to come crawling back to you on their knees (even if they're dating somebody else now) you gotta watch this video
right away...