Thoughts on the nature of "midrash" and "aggada" 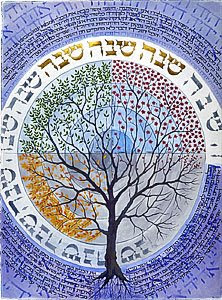 Over at the newly established blog Sefer ha-Bloggadah, a rabbi makes the following succinct denfinition of the nature of midrash and its relation to halakha:

Midrash is the life blood of the halakhic system. I don't think that midrash was made by the sages in order to re-enliven Judaism, I think it was part of the great body of work and was never a separate thing. Today we think of midrash as good post-modernists do, busily locating ourselves here and there in relation to our matrices of self, but the rabbis had no such self-consciousness about that. For the sages, midrash was all of a piece with Torah (in the larger sense of the word). It was true in the finest sense of truth, which is why modern midrash is often so bad - it's written as if it were a novel or a story, when it's really more like a fairy tale, written through archetypes and the power of a lack of details that comes with stories told and retold for generations with plenty of room left for us to fill in ourselves - and to fill ourselves in. Midrash is meant to tell us about values, as opposed to rules. Rules are secondary in the sense that they come afterwards. The rules express the stories told in midrash. The midrash tells us about our relationship with God, Halakha only tells us the recipe - it's as different as remembering the smell of my mother's wheatbread baking, and baking the bread from the recipe she gave me. One is my bones remembering love, and the other is how to make that love live for my son.

I found that very helpful, in particular this bit:

"it's really more like a fairy tale, written through archetypes and the power of a lack of details."

It reminds me of a comment made by Brueggemann in his book The Bible and Postmodern Imagination. I forget the exact words, but he compared midrash to Freud's psycho-analyism, claiming that Freud was more influenced by his Jewish roots then he cared to admit. And for Brueggemann, the comparison was not meant to be derogatory, as he always revels in the "Jewishness" of the "great deconstructors" (Freud, Marx, and Derrida).

A certain Sarah shares the following thoughts on the significance of aggadah:

As a literary sort, I have my own answer as to why Aggadah is valuable: the narrative structure of a parable can compel analysis and inquiry in a way entirely different from a straight-up midrash halakhah or talmudic discussion. Humans express deep truths through narrative art, and whether or not a story really happened has very little bearing on whether it is affective or honest. The traditional project of aggadah is a way to engage in the most deeply human of projects, to insert rabbinic meaning into the canonical text and thus re-enliven it. And by our rereading of these aggadot, inventing and reenvisioning our own interpretations, may we come to engage in all these facets of the aggadic process.

I particularly found the following interesting:

"The traditional project of aggadah is ... to insert rabbinic meaning into the canonical text and thus re-enliven it."

I'd love to understand the logic that binds the the two together - text and tradition - into a meaningful whole. Not that I think the logic is lacking ... but I'd love to see it developed. I'm attempting to think through such issues in relation to the Christian use of a rule of faith, allegory, and a hermeneutic of love. I'll soon be reviewing a book on Biblical authority, a collection of essays on the subject from Jewish and Christian perspectives. I look forward to discovering areas of convergence and divergence.
Posted by Phil Sumpter at 10:39